To share your memory on the wall of Wilma Edwards, sign in using one of the following options:

Services will be announced at a later date.

Services will be announced at a later date.

Wilma was born in Kirksville Mo, to Raymond and Maureen Downen on Aug 30,1953. She went to school at Unionville. She worked as a Produce Wrapper for Loffredo Fresh Produce Co for ten years.

Wilma is preceded in death by her parents, Raymond and Maureen Downen, and her brother, Delbert Downen.

Memorials may be given to any of the family members. The family of Wilma wishes to extend our sincere thanks to everyone that has helped or been there for her in her life.
Read Less

To send flowers to the family or plant a tree in memory of Wilma Maxine Edwards, please visit our Heartfelt Sympathies Store.

There are no events scheduled. You can still show your support by sending flowers directly to the family, or planting a memorial tree in memory of Wilma Maxine Edwards.
Visit the Heartfelt Sympathies Store

We encourage you to share your most beloved memories of Wilma here, so that the family and other loved ones can always see it. You can upload cherished photographs, or share your favorite stories, and can even comment on those shared by others.

Posted Feb 01, 2020 at 08:08pm
I met Max when she was only 12 yrs old and started dating my brother in-law. I really got to know her when she married Duke and moved to Des Monies. She was one of my best liked sister-in-laws and a true friend. She was always up front and told it like it was; a trait that I really liked. After she got a divorce from Duke she moved to Kirksville, mo. Thru out the years I always ask different ones about her and how she was doing; always remembering the little girl in her. The last time I saw her was at the West reunion 2019. We spent some time talking about life and the short time we had left and about her and Ed's medical condition. As she talked there were tears in her eyes and I told her that I loved her.
Comment Share
Share via: 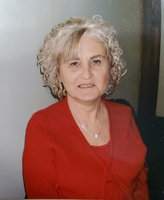 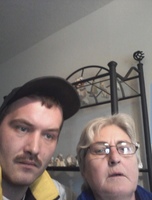 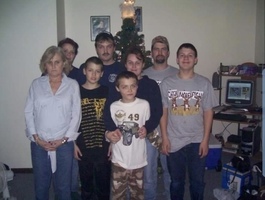