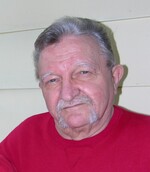 Wayne R. Johnson Sr, 75, of Glenwood, MO previously of Burlington, IA and Danville,
IA passed away on January 7, 2021, at his home with his wife by his side.

Born on August 6, 1945 in Danville, IA he was the son of Fred and Marie (Helmick)
Johnson. In April 1966 he married Arlinda Brown and they later divorced. On August 6,
1976 he married Cynthia A. Klesner in Kahoka, MO.

Mr. Johnson retired from Modern Welding Co, Burlington in November 2007 after 24
years of service where he was a welder/fabricator. He also worked at Midstate
Engineering in Milton, IA and Memphis, Mo as a welding foreman for several years.
He served in the US Army for two years. He was a company clerk in a Medical
Ambulance company near Qui Nhou, South Vietnam where he received several medals
from the Army from 1965 to 1967.

Mr. Johnson attended Danville High School and was of the Methodist faith.
He enjoyed playing in the dirt from his Tonka toys to his John Deere tractors, fishing,
camping, playing his guitar and harmonica, NASCAR races and mushroom hunting.

He was preceded in death by 1 granddaughter, Amber, 2 brothers, Gerald and Charlie, 1
infant sister, Mae, his parents and his grandparents.

A service to honor and celebrate Wayne’s life will be planned and announced at a later
date due to Covid-19. Burial with military rites will be in the Shiloh Cemetery in the
IAAP plant. The body has been cremated.