To share your memory on the wall of Sharon Hartman, sign in using one of the following options:

She also taught Sunday School, was the church pianist or organist at Prairie Dell Presbyterian Church and many other churches. She was currently the pianist for Unionville Assembly of God Church in Unionville, Missouri. From an early age Sharon played her piano and other instruments. She felt truly blessed when God gave her the gift of playing by ear at the age of 35.

Sharon enjoyed photography, taking care of her flowers, feeding and watching the birds. She loved being on the farm and loved her cats especially Paddy Paws. (the favorite son) Sharon loved spending time with her family and helping them. Sharon had a heart of gold always helping the needy, the elderly and cooking and baking for others. She also loved to play the piano at the nursing homes. Sharon was also an amazing prayer warrior spending a lot of time praying for her friends and her family and our country.

A life, so beautiful deserves a special celebration. A memorial service in honor of Sharon’s life will be at 2:30pm on Sunday June 28, 2020 at the Unionville Assembly of God Church.
A memorial has been established in her name and can be mail to her home at 45229 Hwy EE Newtown, Missouri 64667

A second celebration in Sharon's honor will be held in Illinois near her home town at a later date.

Cremation and services have been provided by A Simplified Funeral Solution.
Condolences, memories and photos may be shared, and flowers ordered at www.asimplifiedfuneralsolution.com.
Read Less

To send flowers to the family or plant a tree in memory of Sharon Esther Hartman (Ludwig), please visit our Heartfelt Sympathies Store.

Receive notifications about information and event scheduling for Sharon

We encourage you to share your most beloved memories of Sharon here, so that the family and other loved ones can always see it. You can upload cherished photographs, or share your favorite stories, and can even comment on those shared by others. 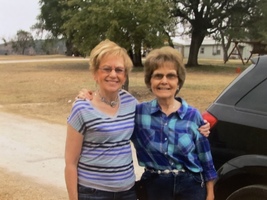 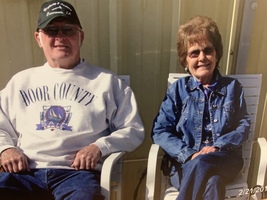 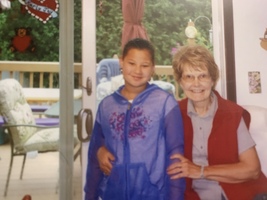