To share your memory on the wall of Samuel Parmley, sign in using one of the following options:

Warner was born July 29, 1939, in western Adair county, son of Cecil Paul and Trella Emma (Dimmitt) Parmley who both precede him in death. He had one sister, Wanda Louise, who was one year and ten days older who also precedes him in death.

Warner attended school in rural Adair county, Atlanta, Kirksville, and Novinger school districts. Warner also took flight school college classes at NMSU. He farmed with his father from a very early age and learned how to repair old machinery that taught him very useful skills. At the age of 12, these skills came in handy when he was able to get a cranky tractor started in time to save his father from being crushed by a piece of machinery. As with most farmers, he was a jack -of-all trades.

Warner was an active member of the Green City Saddle Club and was getting competitive in calf roping when he bruised a kidney and had to quit jumping off horses. He then developed an interest in airplanes and was one of Dale Gillespie’s most interested students. He later joined a flying club that was formed at Clarence Cannon Municipal Airport. As his health was failing, he lost his physical that was required to fly, so Rose got her license so he could continue flying. They often flew Roger Hill’s plane to the Mayo Clinic for Warner's appointments. Once the plane died as they were coming in on the final at the Green City’s Widmark Airport. Warner calmly landed the plane, fixed the problem, restarted the plane and put it in the hanger. Warner later got back into horses. He enjoyed his cutting horses, and one of his mares, Bea, stuck his head in the ground, so he put a seat belt on one of his saddles. He enjoyed them until his health failed.

Warner and Rose had a large kennel and pet transportation service that kept them both very busy many years until progressively declining health forced their retirement. Even as his health declined, he was able to join Sonny Darr with their “toys” as they enjoyed their UTV’s. Warner and Rose were very lucky to have lived in one of the best neighborhoods in the country. Neighbors like Sonny, Dale Niece, and Keith Hammons kept them going when chores got too much for them.

A visitation and time of gathering with the family will be held from 1:00pm to 2:00 pm with a short service will follow on Monday, January 27, 2020 at A Simplified Funeral Solution in Green Castle, Missouri. Burial will follow at Highland Park Cemetery in Kirksville, Missouri.

Memorials are suggested to the Hayden Williams Educational Fund. Checks can be made to Amanda Starrett and can be entrusted to A Simplified Funeral Solution PO Box 57 Green Castle, MO 63544.

To send flowers to the family or plant a tree in memory of Samuel Warner Parmley, please visit our Heartfelt Sympathies Store.

Receive notifications about information and event scheduling for Samuel

We encourage you to share your most beloved memories of Samuel here, so that the family and other loved ones can always see it. You can upload cherished photographs, or share your favorite stories, and can even comment on those shared by others.

Posted Jan 26, 2020 at 08:11pm
Warner, it is an honor having known you. We loved you as family. You will always be fondly remembered and dearly missed. Rest in peace sweet man. Rest in peace. ❤
Comment Share
Share via:
D

Posted Jan 24, 2020 at 11:16pm
Warner will be missed i always enjoyed when rose would go to check out salvation army warner would come to my office and we would always try to solve the worldly probelms warner always seem to enjoy our family gathering and we sure enjoyed him and rose
Comment Share
Share via:
MM

Posted Jan 24, 2020 at 10:58pm
I just found out from a neighbor that Warner has passed away. I'm so saddened by this news! Without knowing that he'd been in the hospital at Columbia for some time, I baked him and Rose a batch of cookies last Saturday, but never got to deliver them as the weather and a subsequent ice related injury kept me from venturing out. Warner and Rose have been good neighbors and friends to me since I moved to the Eitel Ridge area in 1993. I got to know Rowdy, one of his prized horses, quite well as I lived next to his pasture for 14 years. After I married and was expecting my daughter, Warner took it upon himself to plow my driveway multiple times so I would be sure to make it to the hospital. He was a special man, and I consider myself very lucky to have known him. My heart goes out to Rose and the rest of his family.
Comment Share
Share via: 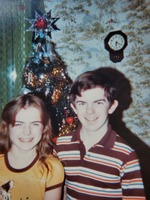 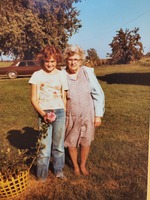 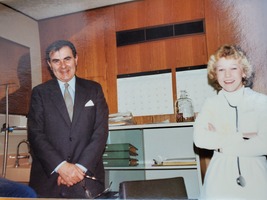