To share your memory on the wall of Russell Clark, sign in using one of the following options:

Print
Russell Clark passed away March 3, 2019 at the Neighborhoods by Tiger Place Skilled Nursing Home in Columbia, Mo. after a long battle with cancer.

Russell was born August 12, 1949 in Mercer County, the youngest son of Clare V. Clark and ... Read More
Russell Clark passed away March 3, 2019 at the Neighborhoods by Tiger Place Skilled Nursing Home in Columbia, Mo. after a long battle with cancer.

He was preceded in death by his father Clare Clark his mother Viva, his brothers Richard Clark and Roger Clark; sister, Reta Clark, one niece, Retta Clark.

Russell's passion was working with his bulldozer, to hunt, fish and find arrow heads and helping friends, and the owner of Russ’s Saloon in Unionville. Missouri.

A graveside services with military honors will be held at 10:00 am on Saturday March 9, 2019 at Fairley Cemetery in Princeton, Missouri.
Read Less

To send flowers to the family or plant a tree in memory of Russell Clark, please visit our Heartfelt Sympathies Store.

Receive notifications about information and event scheduling for Russell

We encourage you to share your most beloved memories of Russell here, so that the family and other loved ones can always see it. You can upload cherished photographs, or share your favorite stories, and can even comment on those shared by others.

Posted Mar 06, 2019 at 08:05pm
Definitely gonna miss my buddy Russell. Killed my first quail with him, goose hunted, and fished with him on multiple occasions. Deer camp won't be the same without him coming around. Rest in peace my friend.
Comment Share
Share via:
SR

Posted Mar 05, 2019 at 09:29am
You are in our thoughts and prayers on the loss of Russ. Steve has shared many memories he had of Russ. He was always there for Steve and was so willing to help him and others in every way. He will truly be missed. He will be missed at the crawfish boils!
Comment Share
Share via: 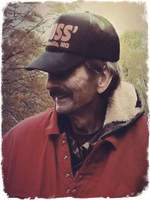 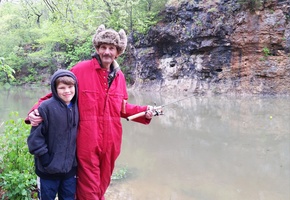 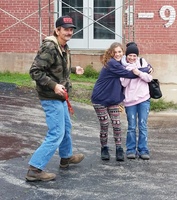