To share your memory on the wall of Ronald Stewart, sign in using one of the following options:

Ron, also known as "Bimbo" to close friends and family, worked a life-long career framing and building homes while doing remodeling projects in his free time. At a young age, Ron learned to log and help his dad run the family sawmill. Ron worked side by side for many years with his younger brother, Larry Stewart in the construction business and in later years FMSG.

Ron's family says he always smelled of sawdust, cheap shaving cream, worn down T-shirts and sweat soaked ball caps. He was a perfectionist in every bit of his daily life, extending into his career and hobby of construction and remodeling. There is not a day remembered when he didn't have a hammer and a tape measure in his hands. He could perfectly tile the kitchen wall and stain the back deck all in a day's work. His work ethic was unparalleled by none, he was well known in his field to be dependable, responsible, adaptable, honest, self-motivated and confident on the job.

Ron never let his family go without, whether it was stopping alongside the road to pick cat tail flowers or jumping from his seat to catch his kids a foul ball at a major league game. He always put his family before himself.

He lived by the golden rule, treat others as you want to be treated, and he encouraged his kids to" never start a fight, but always finish one if you have to". He would always say stand up to your bullies and they will realize it's easier to be your friend. He was a good friend, always acting with selfless gestures. He would never eat the last bite of food in case someone else might want it or hesitate to change a flat tire in the middle of the night.

He loved his dogs, survived by his 3 mutts, Katie, Harvey and Pig. His coffee cup said " My kids have paws" because they were as much family as anyone.

The last thing Ron always said at the end of every short and sweet phone call was " You take care, you take care of yourself now". Ron Stewart had a quiet friendliness when he entered the room. He was not a talkative person because he knew that he could learn much more by listening.

His passing leaves a deep chasm in the hearts of those who loved him, and he will be missed by family, friends and fur babies.

A celebration of life will take place at 2:00 pm on Saturday, June 27, 2020 at A Simplified Funeral Solution in Green Castle, MO.

The family insists that people make donations in support of animal welfare in lieu of sending flowers.
Read Less

To send flowers to the family or plant a tree in memory of Ronald Leon Stewart, please visit our Heartfelt Sympathies Store.

Receive notifications about information and event scheduling for Ronald 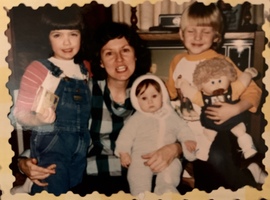 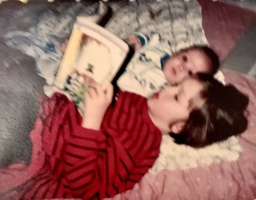 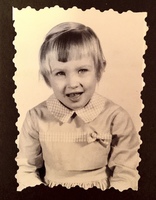