To share your memory on the wall of Ronald Scott, sign in using one of the following options:

Print
Ronald “Ron" Keith Scott,69 of Harris, Missouri passed away on Friday January 3, 2020 at his home surrounded by the love of his family.

Born March 3, 1950 the son on Lee Scott and Lucille (Montgomery) Scott in Kirksville, MO. On August... Read More
Ronald “Ron" Keith Scott,69 of Harris, Missouri passed away on Friday January 3, 2020 at his home surrounded by the love of his family.

Born March 3, 1950 the son on Lee Scott and Lucille (Montgomery) Scott in Kirksville, MO. On August 20, of 1979 he married Margaret Lee Snidow and to this union two sons were shared.

He is preceded in death by his grandparents; both parents; his brother, Laverne Scott and sister, Marilyn Sherman.

Ron grew up in Adair county, graduated high school from Novinger R-1 class of 1968. He attended Northeast Missouri state college now known at Truman State in Kirksville for two years and went on to be employed with the college in the maintenance department. He worked for the college in Kirksville for 15 years and transferred to Maryville University in Chesterfield, Mo. to head their maintenance and Energy management system for the entire college. After spending eighteen years in the city, he and his wife decided it was time to retire and in 2001 returned to Northeast Missouri.

A master of miscellaneous, perfectionist and a man with unlimited talents. There were not many things that Ron could not do, fix or create. One of his greatest challenges was tearing down a 200-year-old log cabin and rebuilding it piece by piece to perfection on their farm in Harris, Missouri. He was a very quiet, good hearted man and true love for building and rebuilding hot-rods. He has received numerous awards with his hot rods and always enjoyed traveling to cars shows and enjoying cruise nights with his wife.

Ron’s wishes were for a simple cremation with A Simplified Funeral in Green Castle and no services.
The family will be planting a memorial oak tree at a later date to celebrate and honor Ron’s character, strength, loyalty and courage.

To send flowers to the family or plant a tree in memory of Ronald Keith "Ron" Scott, please visit our Heartfelt Sympathies Store.

Receive notifications about information and event scheduling for Ronald

Print
There will be no visitation or service per the request of Ron himself.

Posted Jan 08, 2020 at 08:16pm
Sincere Condolences ~ Aunt Marggie. I have such fond memories when you were just getting together when the folks lived in the Ozarks. Much love

Flowers were purchased and a memorial tree planted for the family of Ronald Scott. Send Flowers

Posted Jan 04, 2020 at 03:30pm
Ron, You are one of our closest and favorite cousins. You will be greatly missed. We send our sincere sympathies to your family. 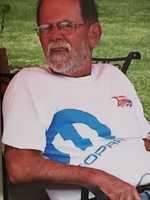 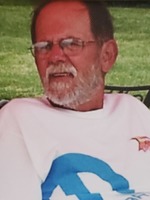 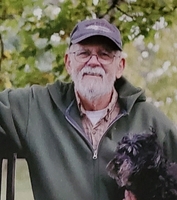