To share your memory on the wall of Rick Smedly, sign in using one of the following options:

Print
Ricky "Rick" Eugene Smedly 56 of Beardstown, IL passed away on March 13th, 2020 at his home surround by the love of his family.

He was born August 4th, 1963 in Hemet, California the son of Gene Smedly and Marilyn Mick. On August 7, 2017, he married the love of his life, Terri Rutledge at their favorite place, the Full Throttle Saloon in Sturgis, South Dakota.

Rick was proceeded in death by his parents, and sister, Vicky Smedly.

Rick worked alongside his father Gene at "Smedly Painting" for many years, painting and sandblasting until his father later sold the business. Rick turned to the Illinois river and his like of the water for an exciting yet often challenging career on barge. He learned the way of life on the river and worked his way up, serving as the pilot of “Mr. Hampton's” tow boat for over ten years. Rick enjoyed the outdoors, hunting, fishing, and riding motorcycles. Rick especially loved and looked forward to making his yearly trip to Sturgis.

Ricks wishes were for cremation by water, Cremation H20 and services have been provided by Wendy at A Simplified Funeral Solution in Missouri. A private interment is planned for a later date.

Memorials are suggested to the family for a private transplant fund. They can be entrusted to A Simplified Funeral Solution at PO Box 57, Green Castle, MO 63544.

Condolences may be left, memories, photos and videos may be shared at www.asimplifiedfuneralsolution.com
Read Less

To send flowers to the family or plant a tree in memory of Rick Smedly, please visit our Heartfelt Sympathies Store.

Receive notifications about information and event scheduling for Rick

There are no events scheduled. You can still show your support by sending flowers directly to the family, or planting a memorial tree in memory of Rick Smedly.
Visit the Heartfelt Sympathies Store

We encourage you to share your most beloved memories of Rick here, so that the family and other loved ones can always see it. You can upload cherished photographs, or share your favorite stories, and can even comment on those shared by others.

Posted Mar 17, 2020 at 03:02pm
Ricky my old friend. I let you down at the end by not calling you or visiting you because I just knew you were going to kick this cancer thing and we would visit in the summer !! I love ya old buddy and enjoyed all the good times we had weather it be the eyeball construction company or frying fish and arguing !! RIP old friend.....
Comment Share
Share via: 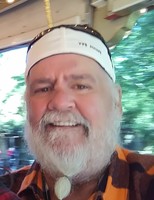 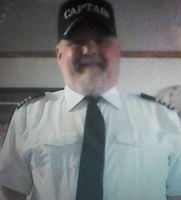