To share your memory on the wall of Richard Seidel, sign in using one of the following options:

Print
Richard D. Seidel, 93, died on July 26, 2019, in the La Plata Nursing Home in La Plata, MO, after a long struggle with Alzheimer’s disease. He was a musician: singing, teaching, and conducting well into his seventies.

Born in Reading,... Read More
Richard D. Seidel, 93, died on July 26, 2019, in the La Plata Nursing Home in La Plata, MO, after a long struggle with Alzheimer’s disease. He was a musician: singing, teaching, and conducting well into his seventies.

Born in Reading, PA, on August 4, 1925, he was the son of Miles and Verna (Lechner) Seidel. His wife Patricia (Potteiger) Seidel died in 2004. He had previously been married to Hildegarde (Holtz) Seidel (Hower), who died in 2018. He is survived by his daughters, Linda Seidel (Kirksville, MO) and Deborah Seidel (Seattle, WA); his step-daughter, Chaudene Michalek (Breinigsville, PA); his step-son Vincent Baker (Carson, IA); and his grandson Robert Seidel Costic (Washington, DC).

Trained as an oratorio tenor, Seidel began his musical career in his teens, singing in Reading area churches. He earned a B.S. in music education at Lebanon Valley College, an M. Mus. from the Philadelphia Conservatory of Music, and an MA at Montclair State University. He taught choral music in Reading area public schools; at Glen Rock, NJ, High School; and at Centenary College for Women in Hackettstown, NJ, where he was chair of the Fine Arts Division. In addition, he was a church organist and choir director for many years; a private voice teacher; and a composer of songs for children. He founded choral societies wherever he went, beginning with the MacDowell Singers at West Reading High School when he was a student there in the early 1940’s.

Finally, Richard Seidel had a keen sense of humor, a warm heart, and a fondness for misbehaved dogs. He will be missed.

A Graveside Memorial Service to honor the life of Richard D. Seidel will be held at 4:00pm on Sunday September 15, 2019 at the Forest Llewellyn cemetery in Kirksville, Missouri.

Condolences may be left and flowers ordered online at www.asimplifiedfuneralsolution.com
Read Less

To send flowers to the family or plant a tree in memory of Richard D Seidel, please visit our Heartfelt Sympathies Store.

Receive notifications about information and event scheduling for Richard

We encourage you to share your most beloved memories of Richard here, so that the family and other loved ones can always see it. You can upload cherished photographs, or share your favorite stories, and can even comment on those shared by others. 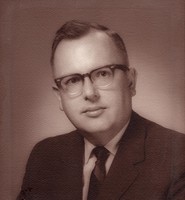