To share your memory on the wall of Richard Bass, sign in using one of the following options:

Dick grew up and graduated high school in Kirksville, Mo. During his high school years, he proved his work ethic and abilities while working at Montgomery Ward’s. After graduation, he followed his dream to fly and joined the US Navy in July of 1957. He gave four years to active duty and served as a bombardier navigator on the US Forrestal CVA-59, the US first super carrier. He also spent a tour in the Mediterranean. He was proud of his service and the opportunity’s that it provided him.

After serving his time in the Navy, he returned to Kirksville and because of the impression he left and his work ethic he was asked to become a part of the Montgomery Ward team and travel helping troubled stores. He took the opportunity and he moved his family around to Iowa for 4 years, Santé Fe, NM for a year and Colorado Springs for 15 years until Montgomery Ward sold out. By this time in his life his daughters had graduated high school. So, they left Colorado moved to Tennessee for a short time before deciding it was time to once again return home to Kirksville. Dick finished his working career with Peters Heating and Cooling in Kirksville, MO.

Dick was not an all work no play kind of guy, he knew the value of life and enjoyed it to the fullest. He loved his family and was a devoted father who enjoyed taking his family on vacations and being adventurous. He loved having fun and taking them to theme parks, riding roller coasters, camping and drink wine in Spain with his wife. Dick also enjoyed the West for its mountains and Indian art and Coors Light.

Dick was a giver and believed that you teach by example. He spent several years volunteering for the Community Action Partnership of Northeast Missouri (CAPNEMO) refurbishing air-conditioners for those in need and driving the Oats Bus. He had a love for Great Dane’s and even raised and showed them for a short time.

Dick’s wishes were for cremation and no service. He requested that his family scatter his cremains at sea.

Memorials are suggested to the Adair County Humane Society and can be mailed to 22376 State Highway 6 Kirksville, MO 63501.

Condolences may be left memories, photos and videos shared or flowers ordered at www.asimplifiedfuneralsolution.com.
Read Less

To send flowers to the family or plant a tree in memory of Richard Frances "Dick" Bass, please visit our Heartfelt Sympathies Store.

Receive notifications about information and event scheduling for Richard

There are no events scheduled. You can still show your support by sending flowers directly to the family, or planting a memorial tree in memory of Richard Frances "Dick" Bass.
Visit the Heartfelt Sympathies Store

We encourage you to share your most beloved memories of Richard here, so that the family and other loved ones can always see it. You can upload cherished photographs, or share your favorite stories, and can even comment on those shared by others.

Posted Jan 02, 2020 at 09:07pm
My heartfelt condolences to his family. I’m so very sorry for your loss. Lori, my heart goes out to you
Comment Share
Share via:
DJ

Posted Jan 02, 2020 at 01:50pm
Ann and Family: I am so sorry to hear of Dick's passing. Dick was a great co worker and friend. I enjoyed my years of working with Dick and learned a lot from him. I pray that God will grant you peace and comfort at this time. 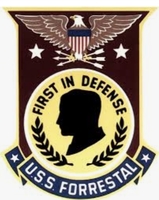 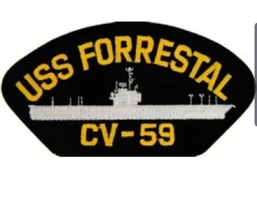 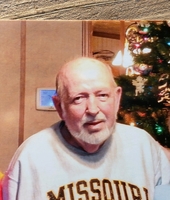