To share your memory on the wall of Patrick Sayre, sign in using one of the following options:

Print
Patrick H. Sayre, 59, passed away Wednesday, January 23, 2019 at Boone Hospital in Columbia, Missouri, after a short battle with cancer. His mother, Jacqueline, brother, Ricky and his cousin, Judy were by his side.

Patrick was born on M... Read More
Patrick H. Sayre, 59, passed away Wednesday, January 23, 2019 at Boone Hospital in Columbia, Missouri, after a short battle with cancer. His mother, Jacqueline, brother, Ricky and his cousin, Judy were by his side.

Patrick was born on March 4, 1959, in Kirksville, Missouri, and attended school and lived in Green City, Missouri, most of his life. He is survived by his mother (Jacqueline) and one brother (Ricky) of Missouri, one uncle, and several cousins. Patrick was preceded in death by his father (Basil), brother (Michael), his grandparents, uncles, aunts, and cousins.

Patrick was self-employed and liked to fish and hunt deer. He always enjoyed helping others. His wish was to be cremated under the direction of A Simplified Funeral Solution.

Patrick will be placed to rest in Mount Olive Cemetery with a graveside memorial service at 1:00pm on Friday May 10, 2019.
Read Less

To send flowers to the family or plant a tree in memory of Patrick Henry Sayre, please visit our Heartfelt Sympathies Store.

We encourage you to share your most beloved memories of Patrick here, so that the family and other loved ones can always see it. You can upload cherished photographs, or share your favorite stories, and can even comment on those shared by others.

Posted Jan 26, 2019 at 01:48pm
Im so sorry ,pat N I have known each other since we were kids , we had lost touch for long time ,but we always picked up where we left off in life that was a hey how ya doin ,RIP old friend ,my condolences to all
Comment Share
Share via:
KP

Posted Jan 26, 2019 at 10:56am
I am so sorry for your loss.I went to school with Pat. I was blessed to call him a friend. We lost touch over the years but I would occasionally see him and it was like time had stood still. We would catch up on the things in our lives just like it had been only yesterday that we had talked. God Bless you all. R.I.P. Pat.
Comment Share
Share via: 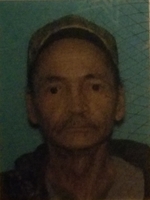