To share your memory on the wall of Neal Livingston, sign in using one of the following options:

Print
Neal E. Livingston, 82 of Shelbina, Mo. passed away on Monday, September 28, 2020 surrounded by the love and care of his family.

Neal was born into a large and loving extended family on August 4, 1938 in Kewanee Ill. The son of Elmer â... Read More
Neal E. Livingston, 82 of Shelbina, Mo. passed away on Monday, September 28, 2020 surrounded by the love and care of his family.

Neal was born into a large and loving extended family on August 4, 1938 in Kewanee Ill. The son of Elmer â€śJr.â€ť Livingston and Viola Hepner Livingston whom both preceded him in death along with his step-father, Henry VanKalvern and brother, Bruce Livingston.

In 1951 along with his parents and brother they relocated to the Shelbina area with their desire to farm.
In 1963 he honored his country and began his military career in the Army followed by the Navy Reserve and the Army National Guard.

On August 8, 1965 he married the love of his life, Judy Brotze who survives. Together they raised their two children, Chris Livingston and partner Amy Summers of Huntsville, Mo. and Tanya Smith and husband David of Shelbina; three grandchildren, Zach Livingston of Waverly, Kan., Holly Totten and husband Andrey of Shelbina and Luke Smith and wife Marlana of Shelbina. Just when he thought life could not get any sweeter, he was blessed with great-grandchildren, Isaac and Brady Totten.

Neal was a fun character who believed in working hard and playing harder. That is exactly what he did most of his life. He enjoyed farming and worked long hours and held down various other jobs from building the concrete silos in Hannibal, climbing all the way to the top. He helped install the first dial phones in the Shelbina area. He worked for Burlington Northern Railroad as Maintenance of Way for many years until becoming disabled. Neal and his brother owned the Livingston Gun and Sporting Shop where lots of tales and stories were told. Neal also owned and operated Neals Deereâ€™s fueled by his love for John Deere Green and restoring tractors.

Full of energy, laughter and orneriness, Neal always found time to play hard. He enjoyed following his children and grandchildren in football, softball, rodeos and trap shooting. Neal enjoyed Old Threshers, family reunions and teaching his daughter how to cuss. He loved hunting of all sorts, fishing and his many trips to Colorado. He never met a stranger. Neal was a member of the Jaycees, the local bowling team and a taxi for the local Girl Scouts. He was a man of God, had faith and some of his most precious memories were shared with his church and family.

The family will gather for a time of visitation at 1 p.m with service to follow at 2 p.m on Friday, October 2 at the Lowman Chapel United Methodist near Shelbina with Pastor Virgil Clow officiating.

Condolences, memories, photos and videos may be shared, service folders printed and flowers ordered at www.asimplifiedfuneralsoluton.com.

Services are under the direction of Wendy @ A Simplified Funeral Solution, your affordable and fun funeral and Cremation H20 provider.
Read Less

To send flowers to the family or plant a tree in memory of Neal Elwood Livingston, please visit our Heartfelt Sympathies Store.

Receive notifications about information and event scheduling for Neal

We encourage you to share your most beloved memories of Neal here, so that the family and other loved ones can always see it. You can upload cherished photographs, or share your favorite stories, and can even comment on those shared by others.

Posted Sep 30, 2020 at 03:07pm
Spent many summers working with Neal on the tracks. Bought a brown Ltd from him on time once, a 77 I believe.Oregon short line agreement comes to mind when thinking of Neal. Great guy! Many fond memories.
Comment Share
Share via: 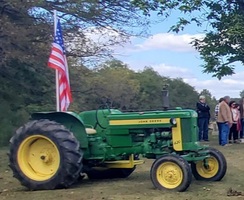 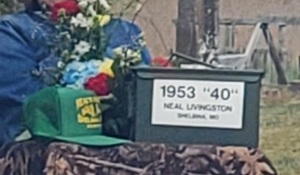 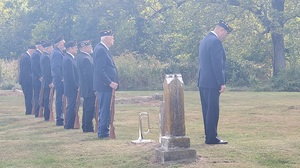 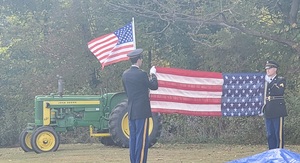