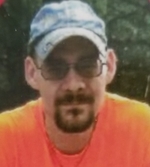 He was born on December 14, 1984 at Grim Smith Hospital the son of Damon and Trudy Jacobs.

Mikey grew up in and graduated from the LaPlata High School the class of 2003. He loved spending time with his nephew Joshua, his dogs Duke and Thor along with his family. He was a guy with a big heart who loved to help others. He enjoyed working at the Nursing homes and the residents all loved him. He had many friends and enjoyed spending time with them. Mikey also enjoyed the outdoors, hunting, fishing and especially camping.

Mikey’s wishes were for cremation. A memorial service is planned for 2:00 pm March 31, 2019 at the LaPlata Presbyterian Church in LaPlata, Missouri.

Cremation and services provided by A Simplified Funeral Solution in Green Castle, Missouri.

Condolences may be left at www.asimplifiedfuneralsolution.com and memorials are suggested to the family.