To share your memory on the wall of Mariann Casteel Gibson, sign in using one of the following options:

She was born March 14, 1959 in Sigourney, Iowa, the daughter of Robert and Ethel Casteel, who both preceded her in death. She was also preceded in death by her former husband and father of her children, Melvin Junior Gibson.

Mariann graduated from English Valleys High School in North English, Iowa in 1977. She furthered her education at the University of Iowa, obtained her undergraduate at Truman State University, and completed her Master’s degree in education at William Woods University. She spent over 40 years in teaching and helping individuals with learning and developmental disabilities, 25 years as a secondary teacher in Missouri, and 24 years at the Kirksville William Matthew Middle School.

To say that she loved her profession, colleagues, students, and friends would be an understatement. She was very active in many clubs, organizations, and her community. She was the coolest Middle School Quiz Bowl coach ever, was active with her book club, served as a board member for the Chariton Valley Association, was a past president of KCTA and the NEA, and was a faithful member of the Faith United Methodist Church in Kirksville, Missouri. She was recognized as Teacher of the Year for 2009-10 by the Kirksville Public Schools, and was most thrilled with the designated parking space that came with that honor.

Mariann was full of joy and had light and energy that flowed to anyone around her. She loved books, games, music, socializing, and travel adventures with her children and a close group of friends.

A service to glorify God for the life of Mariann Casteel Gibson will be held at 2:00 p.m. on Saturday, October 26th at the First United Methodist Church at 300 E. Washington in Kirksville, Missouri, with the family receiving friends starting at 1:00 p.m. until the time of the service.

A Celebration with the family in honor of Mariann’s life will follow the services at the DuKum Inn, 111 S. Elson Street, Kirksville, Missouri from 4:00 p.m. to 6:00 p.m.

In lieu of flowers, donations to the family are suggested and will be used for a memorial to be determined at a later date.

Condolences and memories may be shared at www.asimplifiedfuneralsolution.com
Read Less

To send flowers to the family or plant a tree in memory of Mariann Casteel Gibson, please visit our Heartfelt Sympathies Store.

We encourage you to share your most beloved memories of Mariann here, so that the family and other loved ones can always see it. You can upload cherished photographs, or share your favorite stories, and can even comment on those shared by others.

Twila, Luke, Teri, Molly, Daniel and Patrick, Chuck Plagmann, and others have sent flowers to the family of Mariann Casteel Gibson.
Show you care by sending flowers

Posted Oct 28, 2019 at 10:45pm
Mariann was admired and cherished for many reasons but especially for her genuine love for others. Her nonjudgmental nature made her accessible and approachable to most everyone. Her smile and laugh lifted your heart when you were around her. I will always remember her joy and kindness and am blessed to have called her a friend. May God be with her loved ones and all who mourn her passing.
Comment Share
Share via:
MS

Posted Oct 24, 2019 at 05:26pm
I mostly knew Mariann from the book club we belonged to. We enjoyed our potluck feasts, discussions of books (an of the world in general) and each other. I miss her keenly.

Flowers were purchased for the family of Mariann Casteel Gibson. Send Flowers 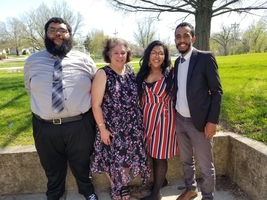 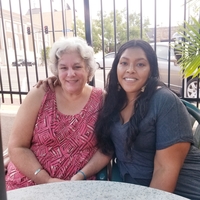 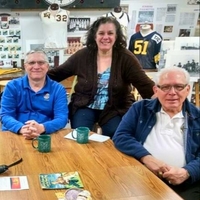