To share your memory on the wall of Lisa Ellis, sign in using one of the following options:

Print
Lisa Ann Tuttle Ellis, 61of Kirksville, Missouri passed away at DePaul Medical Center in St. Louis, Missouri.
She was born April 19, 1959 the daughter of Kermit and Virginia (Custer) Tuttle.

Lisa grew up in the Green City and Gree... Read More
Lisa Ann Tuttle Ellis, 61of Kirksville, Missouri passed away at DePaul Medical Center in St. Louis, Missouri.
She was born April 19, 1959 the daughter of Kermit and Virginia (Custer) Tuttle.

Lisa grew up in the Green City and Green Castle area and graduated the Green City R-1 class of 1977 and attended North Central Missouri Collage from 1992- 1994. She spent her younger years moving around before settling back in her hometown of Green City, Missouri. Lisa was a kindhearted but often a lively character she enjoyed having fun, cracking a good dirty joke and cold cuss like a Sailor. Lisa could always be found with a smile on her face, reading a book or enjoying a puzzle. She was a mater gardener with a green thumb that could save about any plant and make it flourish.

Preceded in death by her grandparents and parents.

A memorial service will be planned for a later date.

Condolences, may be lefts, photos or videos shared and flowers ordered at www.asimplifiedfuneralsolution.com

Services and Cremation have been provided by A Simplified Funeral Solution in Green Castle, Missouri.
Read Less

To send flowers to the family or plant a tree in memory of Lisa Ann Ellis, please visit our Heartfelt Sympathies Store.

Receive notifications about information and event scheduling for Lisa

There are no events scheduled. You can still show your support by sending flowers directly to the family, or planting a memorial tree in memory of Lisa Ann Ellis.
Visit the Heartfelt Sympathies Store

We encourage you to share your most beloved memories of Lisa here, so that the family and other loved ones can always see it. You can upload cherished photographs, or share your favorite stories, and can even comment on those shared by others.

Posted May 13, 2020 at 07:08pm
Lisa will always be in my heart as with the rest of your family. I enjoyed many great times with her and you all. 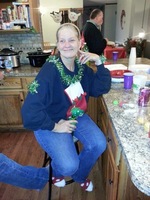 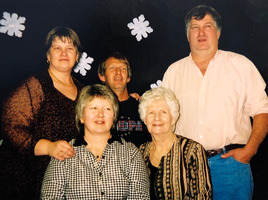