To share your memory on the wall of Larry Garrett, sign in using one of the following options:

Born August 25, 1942 in Kirksville, Missouri, he was the son of Alva Franklin Garrett and Mary Francis (Watson... Read More
Larry Eugene Garrett, 77, of North Carolina, and formerly of Taylor Ridge, Illinois passed away on Thursday October 31, 2019.

Born August 25, 1942 in Kirksville, Missouri, he was the son of Alva Franklin Garrett and Mary Francis (Watson) Garrett. He later married Charlotte (Kraus) in 1964 and from that union were three children.

He is preceded in death by his parents and one brother, Roger Garrett.

Larry spent 37 years working as UPS and when not driving for UPS he enjoyed the outdoors. He enjoyed hunting small and big game bringing home a 22-point mule deer in Montana. Riding horses and taking trail rides with family and friends was also something he enjoyed.

Burial will follow at the Campground Cemetery in Downing, Missouri.

Memorials are suggested to the family and can be entrusted to A Simplified Funeral Solution.

Condolences may be left, memories shared, and flowers ordered at www.asimplifidfuneralsolution.com
Read Less

To send flowers to the family or plant a tree in memory of Larry Eugene Garrett, please visit our Heartfelt Sympathies Store.

Receive notifications about information and event scheduling for Larry

We encourage you to share your most beloved memories of Larry here, so that the family and other loved ones can always see it. You can upload cherished photographs, or share your favorite stories, and can even comment on those shared by others.

Flowers were purchased for the family of Larry Garrett. Send Flowers 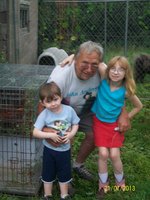 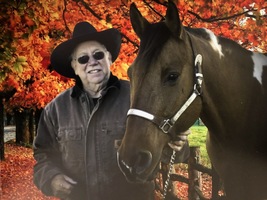 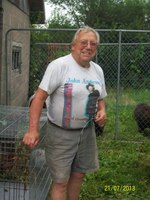 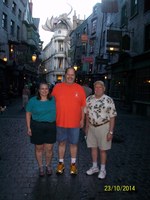