To share your memory on the wall of Judith Nelson-Lowe, sign in using one of the following options:

Print
Judith Ann Nelson-Lowe, 77 passed away on January 19, 2019 surrounded by family at the Bates County Memorial Hospital in Butler, Missouri.

She is prec... Read More
Judith Ann Nelson-Lowe, 77 passed away on January 19, 2019 surrounded by family at the Bates County Memorial Hospital in Butler, Missouri.

Judy was passionate about and excelled in her career at Truman Medical Center in Kansas City, MO where she worked for over two decades until she retired in 1989. She was an active and faithful member of Calvary Baptist Church in Butler, MO for years teaching Sunday School, Vacation Bible School, and directing children’s Christmas programs until her health prevented her from continuing to serve in the church. She loved to write stories and poems. Beginning in her early childhood in Macon, MO, she had a lifelong love for animals; especially horses.

A service is planned for 2:00 p.m. on Sunday, January 27, 2019 at the Humphrey’s Community Center in Humphrey’s Missouri.

A private family interment will be at the Humphreys cemetery.

To send flowers to the family or plant a tree in memory of Judith Ann Nelson-Lowe, please visit our Heartfelt Sympathies Store.

We encourage you to share your most beloved memories of Judith here, so that the family and other loved ones can always see it. You can upload cherished photographs, or share your favorite stories, and can even comment on those shared by others.

Posted Jan 25, 2019 at 08:03am
My deepest Condolences on your loss. Judy was a wonderful Aunt to me and I have very fond memories of Christmases hosted by Judy and Stan in their Home with our Families. May you find comfort now that she is at peace.
Comment Share
Share via:
BM

Bill Moore purchased the Dreams from the Heart Bouquet for the family of Judith Nelson-Lowe. Send Flowers

Posted Jan 22, 2019 at 10:26pm
Mom, you were the best mother anyone could have. I just know one day all will meet, and you are in Heaven now! Love Randy
Comment Share
Share via:
SC

Posted Jan 21, 2019 at 11:32pm
Im so sorry for your loss. Judy was like a grandma to my kids especially to my daughter..she was loved by us just like family ..im gonna miss talking to her..she was a sweet lady..
Comment Share
Share via:
K

Posted Jan 21, 2019 at 09:13am
My condolences to the family of Judith. May God's promise of a resurrection bring you hope and comfort during this difficult time. John 5:28, 29.
Comment Share
Share via: 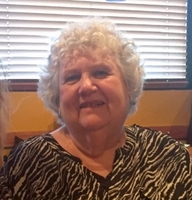