To share your memory on the wall of Donald Parrish, sign in using one of the following options:

He was preceded in death by his paternal grandfather, Donald Ray Parrish and his maternal grandparents, Wayne and Ada Sayre.

Donald attended elementary school in Green City, Missouri and later attended school in Macon, New Cambria and graduated from Salisbury High School in 2014. He enjoyed working at the Green City Sale Barn and currently was employed at Smithfield Farms and also served as a volunteer fire fighter in Green Castle, Missouri.

Donald was a goofy, fun, extremely kind and a loving guy who would always go out of his way to help others. He loved to rodeo, help with truck and tractor pulls and enjoyed the outdoors, such as hunting, and fishing. Donald enjoyed working on vehicles as well. Donald loved to eat and would never pass up a Bologna sandwich.

A visitation is planned for Friday, December 27, 2019 from 9:00 am to 11:00 am with a service to follow at A Simplified Funeral Solution in Green Castle, Missouri.

A graveside service will be held on Friday, December 27, 2019 at 1:30 pm at the Howard cemetery, in Newtown, Missouri.

Memorials are suggested to the family and may be entrusted to A Simplified Funeral Solution at PO Box 57 Green Castle, Mo 63544.

Condolences may be left, photos, videos or memories shared and flowers orders at www.asimplifedfuneralsolution.com
Read Less

To send flowers to the family or plant a tree in memory of Donald Ray Parrish, please visit our Heartfelt Sympathies Store.

Receive notifications about information and event scheduling for Donald

We encourage you to share your most beloved memories of Donald here, so that the family and other loved ones can always see it. You can upload cherished photographs, or share your favorite stories, and can even comment on those shared by others.

Posted Dec 25, 2019 at 11:41pm
I didn't have the pleasure of knowing Donald that long. He didn't come into our lives til Serena was almost 4 months old. But it didn't take long before I thought of him as another of Marty and my kids. So kind and sweet, you knew he was raised right!! Would help anyone in need. I enjoyed laughing and joking last year going to all the truck pulls together, he was an awesome scale guy! I will always be thankful for the little girl he brought into our lives. His little gomer. Was always trying to take a piece of her candy, always got cought at it to! He text me the 20th to wish me a happy birthday, I will never delete that text. Donald, I know you are up there looking down and being a guradian angel to all.
Comment Share
Share via:
HS

Flowers were purchased for the family of Donald Parrish. Send Flowers

Posted Dec 23, 2019 at 03:25pm
Donald was such a good kid, he would do anything for you that you asked of him. I have so many memories of Don Don (that is what his aunt Jo would call him) when he would be camping with uncle Johnny and aunt JoJo (that is what Donald called his aunt and uncle), I can still hear him calling them that! He will definitely be missed by so many people, one of the best, polite people I know.
From one broken hearted mother to another: Bobby, you will forever hold a special place in my heart for no parent should ever have to bury their child, if you ever need to talk I am here. He always talked about his Ma with such admiration and with very high respect. You raised a good kid and you should be very proud of that! He will forever be your guardian angel.
Comment Share
Share via: 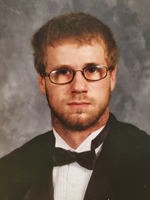 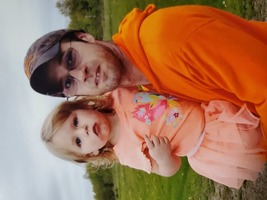 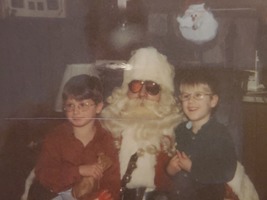