To share your memory on the wall of Clarence Wells, sign in using one of the following options:

Clarence was a man who loved the Lord, God’s green earth and being the greens keeper at the Unionville Golf Course. He enjoyed car racing, traveling and spending the winter’s in Texas.

Clarence served his country in the US Army from 1951-1953 and severed a 24-month tour In Japan and Korea.

Clarence’s wishes were for Cremation and interment at the Jacksonville Veterans Cemetery and Monroe Cemetery in Monroe, Iowa.

Condolences may be left online at www.asimplifiedfuneralsolution.com
Read Less

To send flowers to the family or plant a tree in memory of Clarence Lewis Wells Jr., please visit our Heartfelt Sympathies Store.

There are no events scheduled. You can still show your support by sending flowers directly to the family, or planting a memorial tree in memory of Clarence Lewis Wells Jr..
Visit the Heartfelt Sympathies Store

We encourage you to share your most beloved memories of Clarence here, so that the family and other loved ones can always see it. You can upload cherished photographs, or share your favorite stories, and can even comment on those shared by others.

Posted Jul 10, 2019 at 01:41pm
We will miss him. He as my teasing buddy. We loved joking with one another.
They were just here to visit a few months ago. We had a very nice visit, we laughed and teased.
You've our most sincere condolences.
Claude (Buzz) & Roberta Shatto

Posted Jul 10, 2019 at 01:37pm
We will miss him! He was my joking buddy. We loved teasing one another😊
He and Berty were just here to visit a couple months ago, we laughed and had very nice visit!! We're so sorry for your loss, but it's heavens gain🙏
Claude ( Buzz ) & Roberta Shatto
Comment Share
Share via: 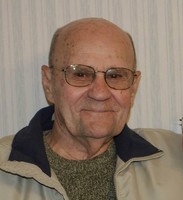 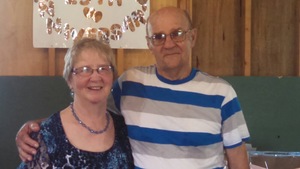 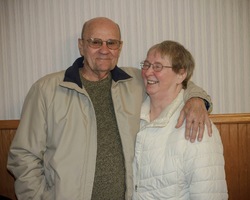