To share your memory on the wall of Charolette Pepple, sign in using one of the following options:

Print
Charolette Irene Pepple of Green Castle, Missouri and formerly of Keokuk, Iowa, passed away on Sunday, May 24, 2020 at the age of 80.

Charolette was born to Arthur and Lillian Brown in Ewing, Missouri, the second of what would be six chi... Read More
Charolette Irene Pepple of Green Castle, Missouri and formerly of Keokuk, Iowa, passed away on Sunday, May 24, 2020 at the age of 80.

Charolette was born to Arthur and Lillian Brown in Ewing, Missouri, the second of what would be six children, five girls and one boy.

She grew up in Ewing and the Canton area, graduated with the class of 1957 from Canton High School. After high school, she worked at Martin Chevrolet in Canton before going on to
study and become a hairdresser. She attended the Burlington Beauty Academy in Burlington, Iowa and began teaching at the beauty academy after she graduated. She married Delmar Pepple in 1965 and to their union they added three children before divorcing in 1982. She shared her talents as a beautician for many years working next to her good friend, Earlene Barnes at Wise Beauty Shop in Keokuk. After she left hairdressing, she worked at Montgomery Ward in Keokuk and then at McFarland Supply Company for many years. She was also a faithful member of the New Testament Christian Church.

After moving to Green Castle in 1993, she eventually retired, made many friends, enjoyed playing bingo, doing word puzzles, watching her favorite TV game shows and eating at her favorite restaurants. Charolette was a fiercely independent and hardworking Christian woman who loved her family and raised her three children almost all on her own. She was a wonderful woman who made others smile and was loved by her family and many friends.

Charolette was diagnosed with early onset Alzheimer’s along with other health issues and had spent nearly the last decade of her life under the loving care of her son, Vince. As her health continued to fail, Vince was aided and in her care by their close friend, Eva Hernandez of Milan, MO. Charolette was thought of as a wonderful lady by everyone she met.

Charolette is survived by her three children: Terry Lee Pepple and his wife Tammy of Camby, IN, Vince Ray Pepple, of Green Castle, and Tabatha Lynn Pepple of Bellevue, NE. She is also survived by four sisters; Caroline Besco, Kay Bader & her husband Dave, and Mary Snyder, all of Canton, MO as well as Trudy Pascoe of Rogersville, MO.; two grandsons, Joshua Pepple and Caleb Pepple, both of Indiana along with numerous nieces, nephews and cousins.

Charolette was preceded in death by her parents, and her only brother Jerry Brown.

As per her wishes, her body has been cremated and a visitation celebrating her life is planned from 3:00 pm to 7:00 pm on Saturday May 30, 2020 at A Simplified Funeral Solution in Green Castle, Missouri.

A family graveside service will follow at 2:00 pm on Sunday May, 31, 2020 at the Dover Cemetery near La Grange, Missouri.

In lieu of flowers, the family would like to request donations be made in her memory to Hospice Compassus of Missouri, the Alzheimer's Association or the Lewis County Nursing Home in Canton, Missouri.
Read Less

To send flowers to the family or plant a tree in memory of Charolette Irene Pepple, please visit our Heartfelt Sympathies Store.

Receive notifications about information and event scheduling for Charolette

We encourage you to share your most beloved memories of Charolette here, so that the family and other loved ones can always see it. You can upload cherished photographs, or share your favorite stories, and can even comment on those shared by others.

Flowers were purchased for the family of Charolette Pepple. Send Flowers 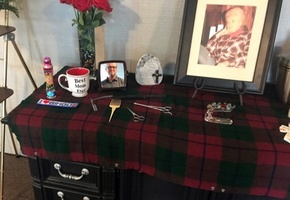 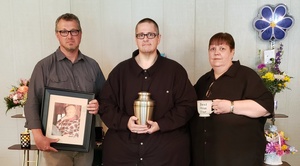 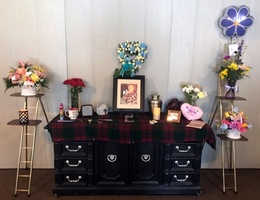 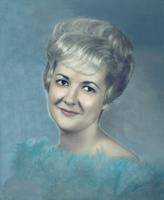