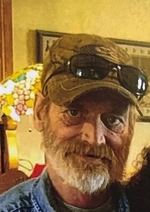 Mike, the son of Gordon and Lenora (Nicholas) Coy, was born April 4th, 1962 at Altus Air Force Base, Oklahoma. Mike married Alicia Bass, December 31st, 1990, and from this union three children were born.

Mike was a longtime employee at Baker Sign, Co. He enjoyed spending his time with his family, friends, and two dogs, Zeus and Ed.

Memorials are suggested to the family and can be mailed to Gordon and Lenora Coy at 19646 State Hwy N, Kirksville, Mo 63501

In lieu of flowers, donations are suggested to the non-profit "I Think I Can Foundation," and can be mailed to PO Box 636, Kirksville, Mo 63501

Condolences, photos, and memories may be shared at: www.asimplifiedfuneralsolution.com