To share your memory on the wall of Dewey Rogers, sign in using one of the following options:

Dewey spent his entire life doing auto body work and rebuilding cars/trucks. He owned and operated “Dewey’s” in La Plata & Kirksville MO from 1984 until he closed his shop in 2010. For the past several years he had worked at Sonny’s Collision in Kirksville, MO. During his career he also managed the body shop at Smith Motor’s in Brookfield, MO, worked at Jim Robertson’s Body Shop and Miller Ford in Kirksville, MO.

Dewey loved his family and friends and truly cherished those relationships. He enjoyed traveling & camping with his family over the years especially their trips to Cheyenne Wyoming for the Frontier Days Rodeo. Most people that knew Dewey knew he loved Florida, the palm trees and warm weather and was looking forward to retirement and visiting there often. He was a person others sought out advise from and he never sugar coated his response. Lately he found a lot of pleasure in petting his furry friend Zee Zee while watching Andy Griffith or Gunsmoke in his favorite recliner! He will be deeply missed by his friends, family, and all who knew and loved him.

To fulfill Dewey’s wishes there will be no traditional funeral/visitation services and he has been cremated.

The family is holding a “Celebration of Life” at the Silver Rail Event Center, 204 E. Moore Street, in La Plata, MO Saturday, March 23rd from 1:00pm-5:00pm. We will have food, beverage and music for friends and family to enjoy. Come and share your memories of Dewey and help us celebrate the life he loved and lived.
Read Less

To send flowers to the family or plant a tree in memory of Dewey Rogers, please visit our Heartfelt Sympathies Store.

We encourage you to share your most beloved memories of Dewey Rogers here, so that the family and other loved ones can always see it. You can upload cherished photographs, or share your favorite stories, and can even comment on those shared by others.

Posted Mar 14, 2019 at 11:08pm
It has been very lonely for a little dog, Zee Zee with you gone. She lays on your pillow at night and looks down the road for you to come home. I have told her you were very sick but you won't hurt in heaven. If it's true "all good dogs go to heaven" then you will see your beloved friend again one day. I will take good care of her until that day comes. Your friend and wife, Kathy.

Posted Mar 14, 2019 at 11:01pm
I don't know where to start, there are soooooo many good stories to tell. The main thing is, Dewey was always there for me, and I for him. A relationship that started as my brother-in-law soon turned to friend, friend to best friend, and best friend to brother. We took many rides and many, many adventures together. I will miss my boring calls to him, since we were so far apart these last 15 years, yes, I moved to his favorite state of Florida. But he always knew he had a place to visit, and always a place to stay, and forever a place in my heart. I will meet up with him again someday, and the adventures will continue. Brother Dewey, may you rest in peace, until we meet again. Love you forever, Randy

Posted Feb 26, 2019 at 07:16pm
No words can describe what a pleasure it has been to call you "Dad." You're missed by all. Terribly. Watch over Mom and promise me you'll be waiting at the Pearly Gates for the rest of us when God calls us home, too
Comment Share
Share via:
B

Posted Feb 22, 2019 at 11:54am
So sorry for your loss. It was a pleasure taking care of Dewey in his last days. Prayers of comfort and peace for your family.
Comment Share
Share via:
KR

Thank-you Becca, it was wonderful to have many caring nurses caring for our loved one.
GW 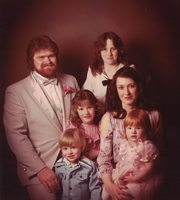 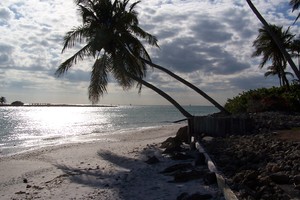 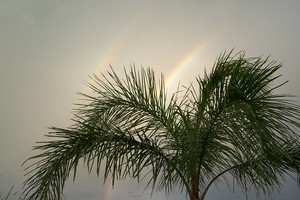