To share your memory on the wall of Bernard Barton, sign in using one of the following options:

Print
Bernard Glen Barton, 80 of Milan, Missouri passed away at his home on Tuesday May 12, 2020.

He was born May 8th of 1940 to Dwight and Cynthia (Kiser) Barton in Harris, Missouri.

Bernard is preceded in death by his parents, i... Read More
Bernard Glen Barton, 80 of Milan, Missouri passed away at his home on Tuesday May 12, 2020.

He was born May 8th of 1940 to Dwight and Cynthia (Kiser) Barton in Harris, Missouri.

Bernard is preceded in death by his parents, infant son, Lewis Allen Barton and grandson, Draven Lewis Barton and one brother Lindy Barton.

Bernard was raised in rural Harris, Missouri and graduated 8th grade from Milan C-II. He later joined the US Navy and served on the USS Paricutin AE-18. After serving his country, he returned home and spent many years employed at Con Agra Foods in Milan. After retirement enjoyed odds and end jobs along with taking care of the family farm. He also operated the gas station in Harris, Missouri for many years. In his spare time, he enjoyed the outdoors and was an avid hunter and rifleman. Bernard was a hardworking family man and especially loved his children, grandchildren and great grandchildren.

Bernard’s wishes were for cremation and a memorials service will be planned at a later date.

Condolences, may be lefts, photos or videos shared and flowers ordered at www.asimplifiedfuneralsolution.com

Services and Cremation have been provided by A Simplified Funeral Solution in Green Castle, Missouri
Read Less

To send flowers to the family or plant a tree in memory of Bernard Glen Barton, please visit our Heartfelt Sympathies Store.

Receive notifications about information and event scheduling for Bernard

There are no events scheduled. You can still show your support by sending flowers directly to the family, or planting a memorial tree in memory of Bernard Glen Barton.
Visit the Heartfelt Sympathies Store

We encourage you to share your most beloved memories of Bernard here, so that the family and other loved ones can always see it. You can upload cherished photographs, or share your favorite stories, and can even comment on those shared by others.

The Shoemaker's Michelle, Riley, Elaina and Andre sent flowers to the family of Bernard Glen Barton.
Show you care by sending flowers

Posted May 12, 2020 at 07:47pm
At this sorrowful period in your life, please accept my sincerest condolences for the death of your loved one.  Reflecting on the divine promises found in the Bible will give you hope and strength to keep going until all of God's promises are fulfilled. (John 5:28, 29; Romans 15:13; 2 Thessalonians 2:16, 17).
Comment Share
Share via: 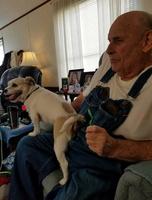 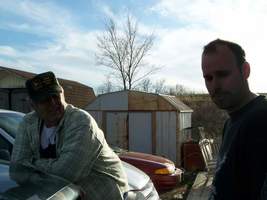 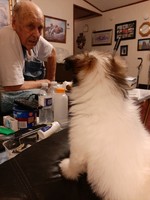 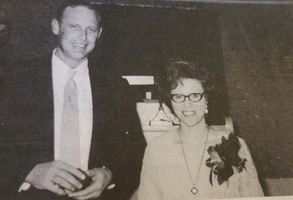