To share your memory on the wall of Anita Hansen, sign in using one of the following options:

Your condolence has been submitted for approval. There may be a delay before posting.

Print
Anita Jeane Hansen, 74 of Milan, Missouri passed away on Saturday July 18, 2020 surrounded by the
wonderful staff at The Kirksville Manor Care center in Kirksville, Missouri.

Anita was born April 25th, 1946 in Harlan Iowa the daughter of Herman Fabian and Annabelle
Christensen.

She is proceeded in death by her parents.

She was raised on the family farm, graduated from Irwin-Kirkman Community school and attended
college to study her love of music. Later in life she decided to embark on another creative skill set and
attended cosmetology school in Omaha Nebraska. She began her cosmetology career in Omaha
Nebraska. She began her cosmetology career, soon after she gave birth to her eldest son, Michael
Hansen. She continued her career and operated two of her own beauty shops. Her boyfriend at the
time had been deployed to the Vietnam war and a couple of months later she had learned the news that
he was listed a missing in action and had eventually been listed as killed in action. She later married
Richard Hansen in 1968 and moved home to her parent’s farm and they had two more children; Alan
Hansen and Theresa Hansen-Fordyce.

In 1981 they moved to Milan, Missouri where she enjoyed the rest of her years. She worked at the
Milan Care Center for several years. In 1994 when Premium standard farms opened she had worked in
the cafeteria in various positions until her retirement in 2014. She loved that she got to know so many
employees and developed many close relationships. and got to know most of the employees. Anita
loved her career and the many close friends she gained from her years of working in the cafeteria. Anita
was a hardworking and dedicated, she loved bowling and the Kansas City Chiefs.

In celebration of Anita’s life, the family will gather in Chiefs attire for a visitation on Saturday July 25,
2020. The Celebration will be held at A Simplified Funeral Solution in Green Castle from 3:00 pm to
7:00 pm. The family has asked that you also wear your chiefs gear to honor Anita and the joy she
brought during her beautiful and giving life.

Anita loved the Kansas City chiefs and the family wants to celebrate her life by honoring her love of the chiefs and would rather be casual not formal, they would also like you to know that she passed from cancer and was totally unaware of it. A week later after diagnosed she passed. From all of us to you, please come share your memories and know she she found something in each of you that she cherished and talked of everyone she met. She didn't forget you even if you only worked there a short time.

Memorials and flowers are suggested to the family and can be sent to the funeral home.

Condolences, memories, photos and videos may be shared, and flowers ordered at
www.asimplifiedfuneralsolution.com
Read Less

To send flowers to the family or plant a tree in memory of Anita Jeane Hansen (Fabian), please visit our Heartfelt Sympathies Store.

Receive notifications about information and event scheduling for Anita

We encourage you to share your most beloved memories of Anita here, so that the family and other loved ones can always see it. You can upload cherished photographs, or share your favorite stories, and can even comment on those shared by others.

Flowers were purchased for the family of Anita Hansen. Send Flowers 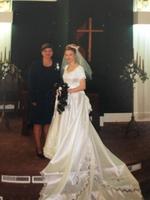 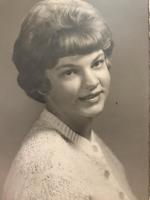