To share your memory on the wall of Fred Albrecht, sign in using one of the following options:

Print
Fred William Albrecht, 83 of rural Green Castle, passed away at his home surrounded by the love of his family.

Fred was born October 29, 1935 the son of Frederick and Elsa Albrecht in Minnesota.
He is preceded in death by his par... Read More
Fred William Albrecht, 83 of rural Green Castle, passed away at his home surrounded by the love of his family.

Fred was born October 29, 1935 the son of Frederick and Elsa Albrecht in Minnesota.
He is preceded in death by his parents and brother Gordon Albrecht.

Fred grew up in rural Minnesota before relocating to Missouri in with his family in search for some of the best cattle ground. Fred spent life as a cattle rancher and had a great love for raising register Angus bulls, he took great pride in his work. For 25 plus years along side of his wife he owned and operated F&M Sporting good and gun shop. The outdoors is where you would find Fred. He had a great love for the outdoors, his bulls, deer, turkey or quail hunting. Fred was a true 100% bull headed stubborn strong-willed German but one thing that could always soften his heart was his family and especially his grandchildren.

A graveside service will be held at 6:00pm on Saturday August 3, 2019, at the Mount Olivet Cemetery in Green City, Missouri.

Memorials are suggested to the Veteran’s or Hospice of Northeast Missouri. They can be mailed to A Simplified Funeral Solution PO Box 57 Green Castle, MO 63544

Online condolences and flowers may be ordered at www.asimplifedfuneralsolution.com
Read Less

To send flowers to the family or plant a tree in memory of Fred William Albrecht, please visit our Heartfelt Sympathies Store.

Receive notifications about information and event scheduling for Fred

We encourage you to share your most beloved memories of Fred here, so that the family and other loved ones can always see it. You can upload cherished photographs, or share your favorite stories, and can even comment on those shared by others.

Flowers were purchased for the family of Fred Albrecht. Send Flowers

Posted Jul 30, 2019 at 03:33pm
Please accept our most heartfelt sympathies for your loss... Our thoughts are with you and your family during this difficult time. 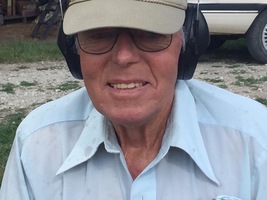 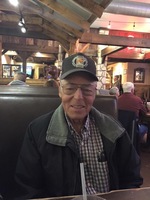 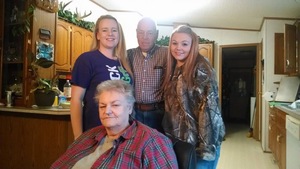