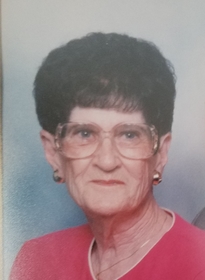 Memorial Candles Lit for Leola | SEE ALL
Click to Light a Memorial Candle for Your Loved One
"We are honored to provide this Book of Memories to the family."
— A Simplified Funeral Solution LLC
Send
Flowers Service Details
& Obituary View
Tributes Leave a
Condolence Light
a Candle More

She is preceded in death by her husband, parents and brother Eugene Crump.

Leola, was feisty, funny and just a little sassy! She was a very kind person who loved her family, people and devoted her life to serving others. She grew up in Schyuler county and spent her younger years working on the farm. Leola also worked as a waitress, in a Lancaster cafe where she met her husband. On December 9, 1950 she married Lloyd “IKE” Dotson. Leola was a homemaker and beautician for 58 years. A few of her hobbies were cooking, sewing and traveling.

A Graveside Service with Sonny Smyser officiating is planned for 2:00 pm Monday January 22, 2018 at Arni Cemetery in Lancaster, Missouri.

Memorials are suggested to the Arni Cemetery and can be sent to the funeral establishment.

Condolences and video tributes can be left online at www.asimplifiedfuneralsolution.com